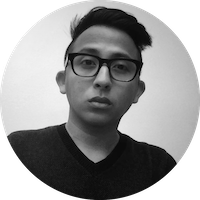 This quarter (spring 2020), I am the instructor of record for Linguistics 180: Structure of Philippine languages (Dabaw Bisaya)

My research is an effort to understand human linguistic capacity. How do we coordinate multiple sources of information to comprehend language? How is this coordination affected by the structure of our language? My research draws inspiration from linguistics and cognitive psychology, and can best be described as an intersection of psycholinguistics—the study of how grammatical principles are deployed in real-time comprehension, and how these interact with the cognitive architecture of humans—and linguistic fieldwork—a collaborative enterprise between a linguist and a community of speakers to document and analyze the structure of a particular language.

I focus primarily on the description and analysis of Austronesian languages, a family of some 1200 languages dispersed over southeast asia and the pacific. I specialize in Tagalog and using types of data available to me as a fieldworker and an experimental syntactician, I produce a fuller, empirically richer picture of Tagalog morphosyntax. This richer picture then sets the stage for my experimental investigations. As a psycholinguist, I am interested in the types of linguistic information that comprehenders attend to and use when processing non-local dependencies. I look at processing asymmetries to see how these classes of information interact.

In my research, I leverage linguistic features of "smaller languages" like Tagalog (and Dabaw Bisaya [db] and Santiago Laxopa Zapotec [slz]) that are typologically un(der)represented in psycholinguistics. I have also been (i) adapting methodologies to make them more deployable in contexts where data collection cannot be conducted in a typical laboratory setting, (ii) testing the robustness of empirical generalizations on a larger scale, and (iii) taking seriously the role of low-level task effects and decision-making when explaining participants' behavior.

Voice and dependency formation in Tagalog

Individual variation in grammars of extraction

This is joint work with Matt Wagers. I gave a talk at CUNY 2020 about this project and here is a link to the video. It starts around 3:05:40.

Subject-gap relative clauses (SRC; the dog that chased the piglet) are said to be easier to process than object-gap relative clauses (ORC; the dog that the piglet chased). This asymmetry extends across languages and methods. Different classes of proposals emphasize distinct aspects of the dependency. Some have emphasized the role of syntactic structure. Others have emphasized the role of working memory, and others, the role of linguistic experience.

In this project, we leverage various features of Tagalog morphosyntax to evaluate the empirical coverage of these classes of proposals. We also examine the types of linguistic information that Tagalog comprehenders attend to that can modulate this asymmetry, like the relative order of the head noun and the RC, and the referential type of the intervening co-argument.

As participants heard a sentence containing a relative clause, their eye movements were recorded. After hearing the sentence, they had to choose the picture that best corresponded to what they had heard, and to rate how confident they were with their response. Analyses of the participants’ eye movement data are still in progress, but their choice data and confidence ratings indicate an asymmetry which can then be neutralized by word order and the pronominality of the co-argument. The asymmetry always persisted in their RTs, however.

This is joint work with Matt Wagers. This has been published in Frontiers in Psychology and here's a link to the article.

When processing filler-gap dependencies (FGDs), comprehenders do not wait until they encounter all of the bottom-up information in the input. Instead, they use various types of linguistic information to predictively posit a gap that would allow the dependency to be resolved. They can use syntactic, lexical, morphological, and prosodic information. In this project, we examine whether Tagalog comprehenders use the language’s voice morphology to guide their incremental interpretations. We hypothesized that voice allows comprehenders to commit to an interpretation upon encountering the verb, since they have information about the event structure at this point in time and by virtue of voice, the thematic role of the filler.

In experiment 1, using an acceptability judgment study, we found that comprehenders differed in how they used the different voices in different FGD-contexts to detect the licitness of extractions. These differences may have consequences for how voice is used in real-time. In experiments 2 and 3, using the stops-making-sense paradigm, comprehenders used voice as a cue to actively associate the filler with the gap. However, in experiment 3, the way in which they used voice varied by type and varied across types of FGDs. We argue that comprehenders were using construction-specific cue validities when processing FGDs. However, they also engaged with other classes of linguistic information, including (but not limited to) information about the structural similarities and the thematic complexity of the dependencies involved, and the relative frequency of the different types of voices in the language. These interactions resulted in processing asymmetries.

Variation in grammars of extraction

I am prepping this for submission. An earlier version of this work was presented at the 25th annual meeting of the Austronesian Formal Linguistics Association in Taiwan back in 2018.

Our latest findings was featured by Matt Wagers in his keynote address at CUNY 2020. An earlier version of the study was presented by Steven at the 2019 annual meeting of the LSA.

I investigated how the lexical representation of related forms in Dabaw Bisaya, an Austronesian language spoken in Davao City, Philippines, is affected by nasal substitution, a morpho-phonological process that obscures the onset of the root. I conducted a lexical decision experiment with auditory masked priming to investigate this, in lieu of the more commonly used visual masked priming technique, since the language has no standardized orthography.

I found no evidence for priming when participants were presented with a morphologically related prime that has undergone nasal substitution. Participants had faster decision times, however, when presented with the same prime or a morphologically related prime whose root remained transparent. These results suggest that models of lexical processing that leverage morphological information during word recognition have better empirical coverage, with the proviso that surface opacity may modulate morphological decomposition. I presented these findings at the Morphological Typology and Linguistic Cognition workshop in Lexington, KY.

This is work in progress and is in collaboration with Jake Vincent.

As the instructor of record

As a teaching assistant

I go by Jed. If you have to use my full name, note that my name and the name of one of the eels in Little Mermaid (Jetsam) don't form a minimal pair. None of my name's vowels get reduced.

I was born in Davao City —the durian capital of the Philippines—but grew up in Cerritos, CA—home of Cerritos Auto Square, the largest auto mall in the world. lol. I speak Dabaw Bisaya, a variety of Cebuano, natively. I also speak Tagalog (or Filipino, depending on your language ideologies) since it was part of the national curriculum when I went to school there. Aside: I don't particularly care if you call it Tagalog or Filipino, but I will fight you if you say they're different languages. Filipino is simply the standardized form of Tagalog.

When I am not doing linguistics, i am most likely cooking with wine, while adding it to the food as well. My favorite ingredient to work with is coconut cream. I use it when I make desserts (like cassava cake, or sticky rice wrapped in banana leaf), kinilaw (a.k.a Filipino ceviche), adobo, etc. I love to cook and feed people because sharing the food I make means sharing my culture. If I'm not busy stuffing myself or cooking to stuff myself and others, I'm probably playing board games and video games, or binging on TV shows and anime.